To the home page

Being proud of something is often a look back to situations when something important changed or a far-reaching decision was made. 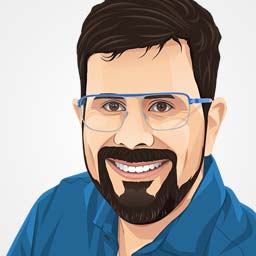 What are you proud of?

Do you ask yourself this question as well?

Looking back to my achievements I can say to myself - Yes I did it. Being proud of your own achievements is a good thing and sometimes you are proud of things and it is hard to explain to others why. For me, everything started with my first Atari 2600 in 1982 and I am proud about this. I got addicted to computers and its possibilities to create new things, especially software.

Here is my list of things I’m proud of - enjoy the reading.

Thoughts, topics or just solutions I would like to make available to you, colleagues and fellow enthusiasts.

Different ways to use the range method in Hugo

The range method in combination with where or sort is extremely powerful in Hugo - static website engine. Learn how to use range for pages, taxonomy or even numbers.

Guide for automated image processing in Hugo - static website engine. Learn how to resize and convert images, to speed up your build process and fallback solutions.

Different ways to get an image as page resource in Hugo

In this tutorial I will focus on different ways to handle images in Hugo. Learn how to find and select images in every content and asset folder and don’t forget the fallback.